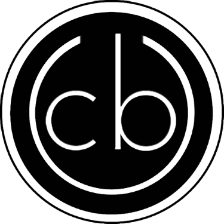 Adult bullying, cyber harassment, internet trolling and workplace bullying are all similar terms used when adults are involved as either aggressor or target. Although this writer views bullying and cyberbullying applying to all ages, they will be presented as a pediatric phenomenon until consensus accepts them as being non-age related.

To download and save, simply right-click on any image and then click “save as” to download to your computer or mobile device. All images are ranging from 940-960px wide. They were designed for awareness and educational purposes only. Editing these images to harm other online users is not permitted.

Cyberbullying is defined as recurrent and sustained verbal and/or physical attacks by one or more children towards another child using Information and Communication Technology (ICT). Like classic bullying, cyber bullying is harmful, repeated and hostile behavior intended to deprecate another child for reasons other than self-defense.

Cyberbullying is an abuse centered interpersonal dynamic that includes aggressors, targets and bystanders. The main developmental issues fueling cyber bullying are peer acceptance, recognition and occasionally retribution. Not all cyberbullying is fueled by dark developmental needs or perceptual distortions. There are instances when children cyberbully other children due to their ignorance or belief that they are joking. 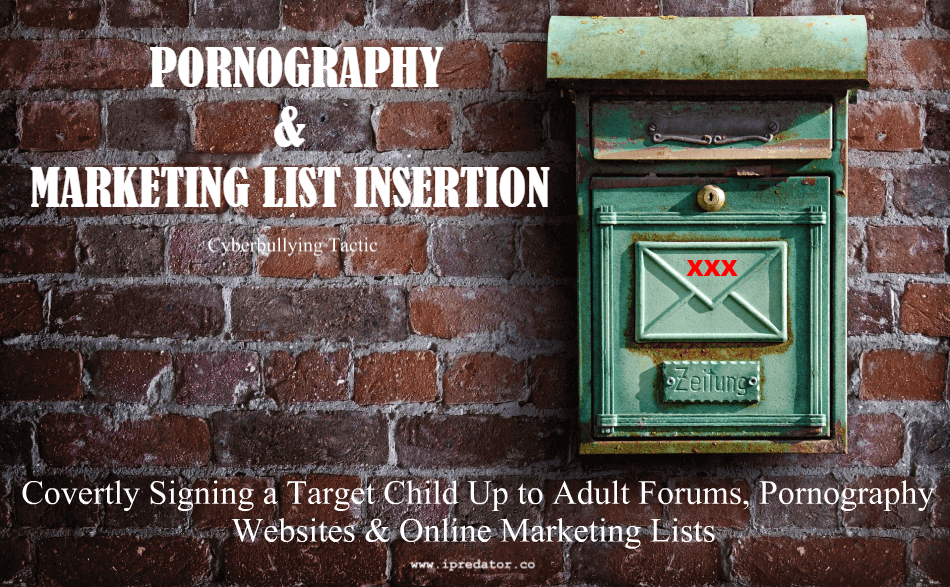 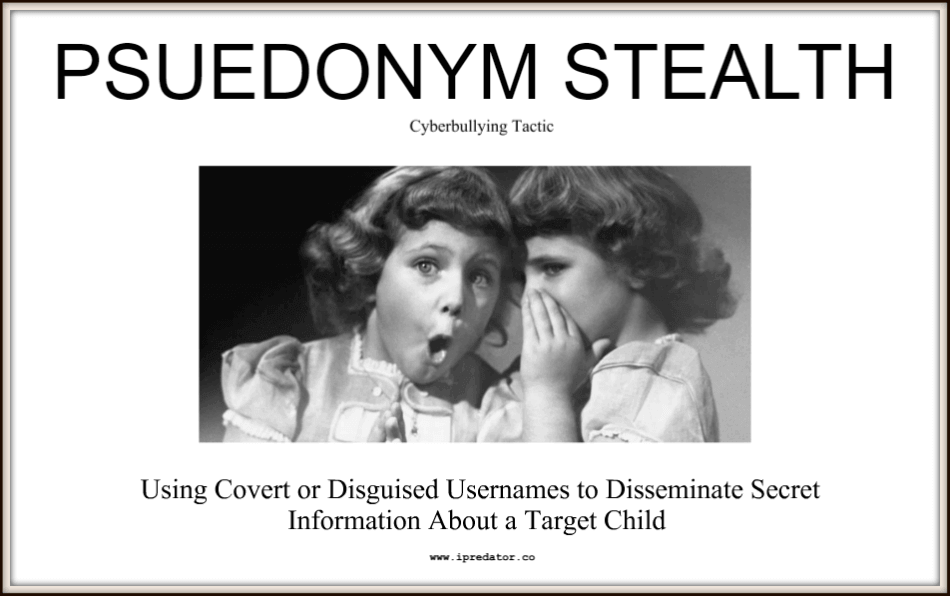 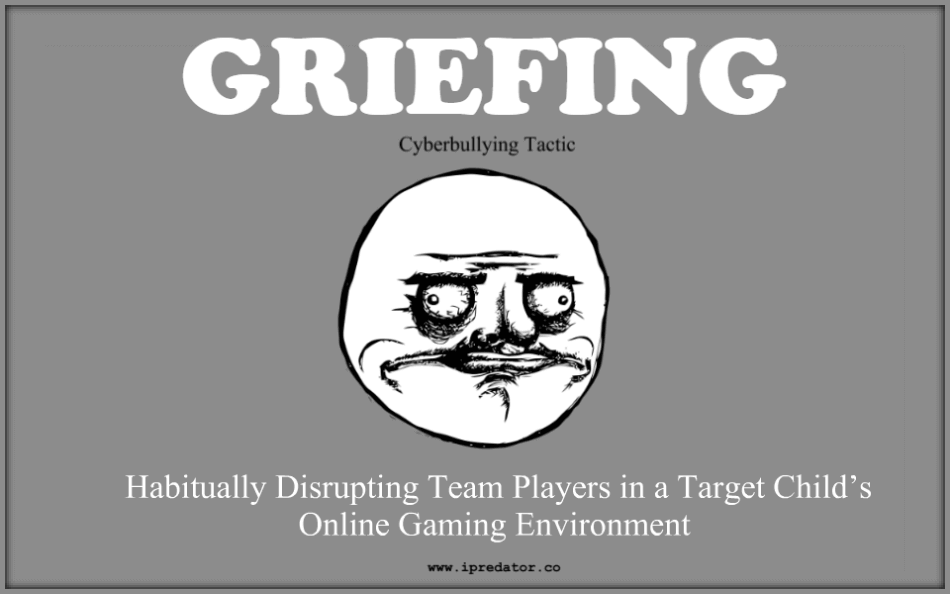 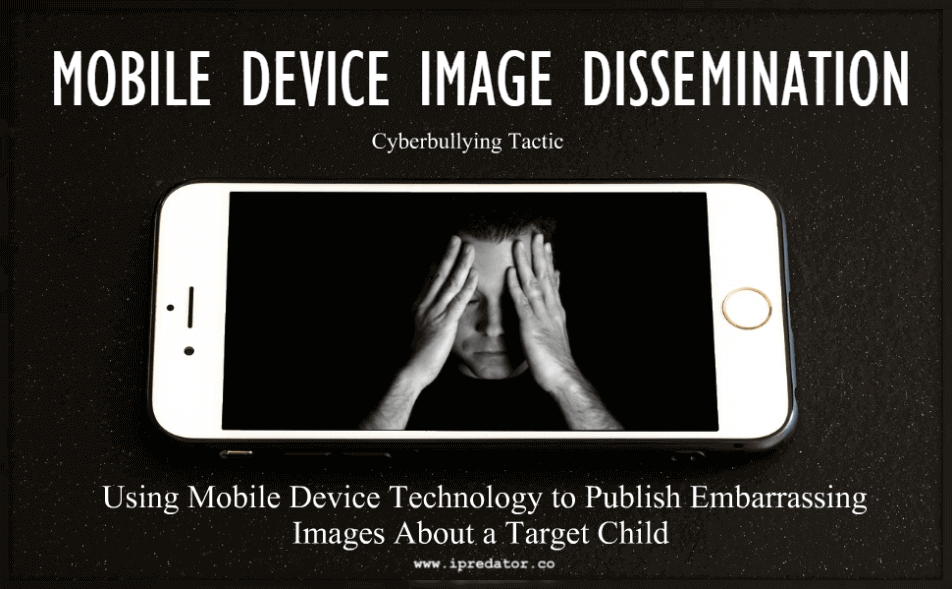 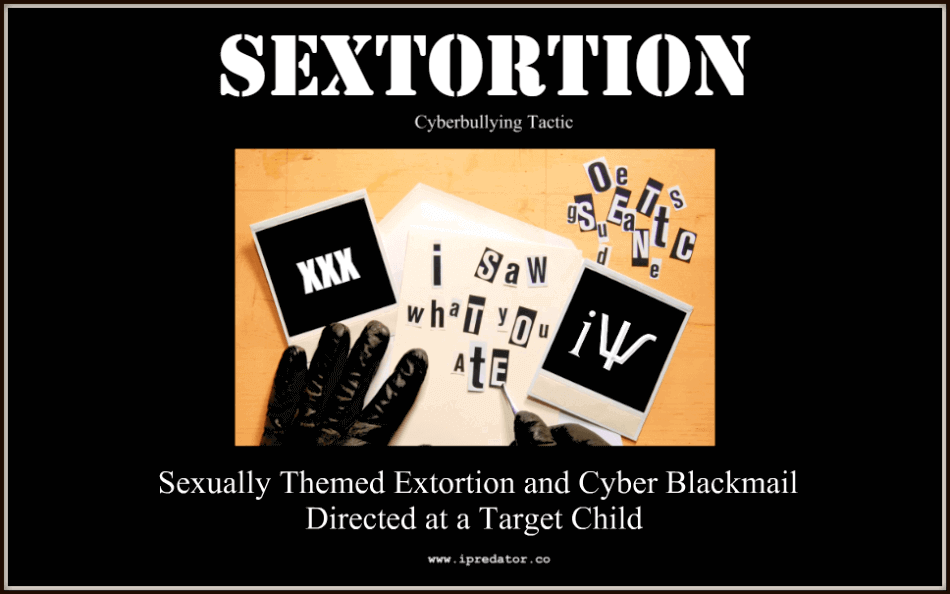 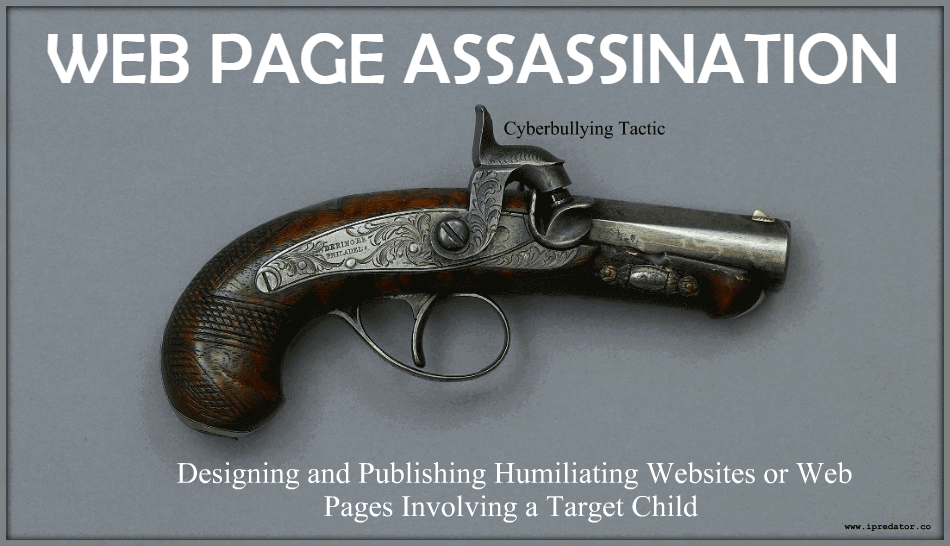 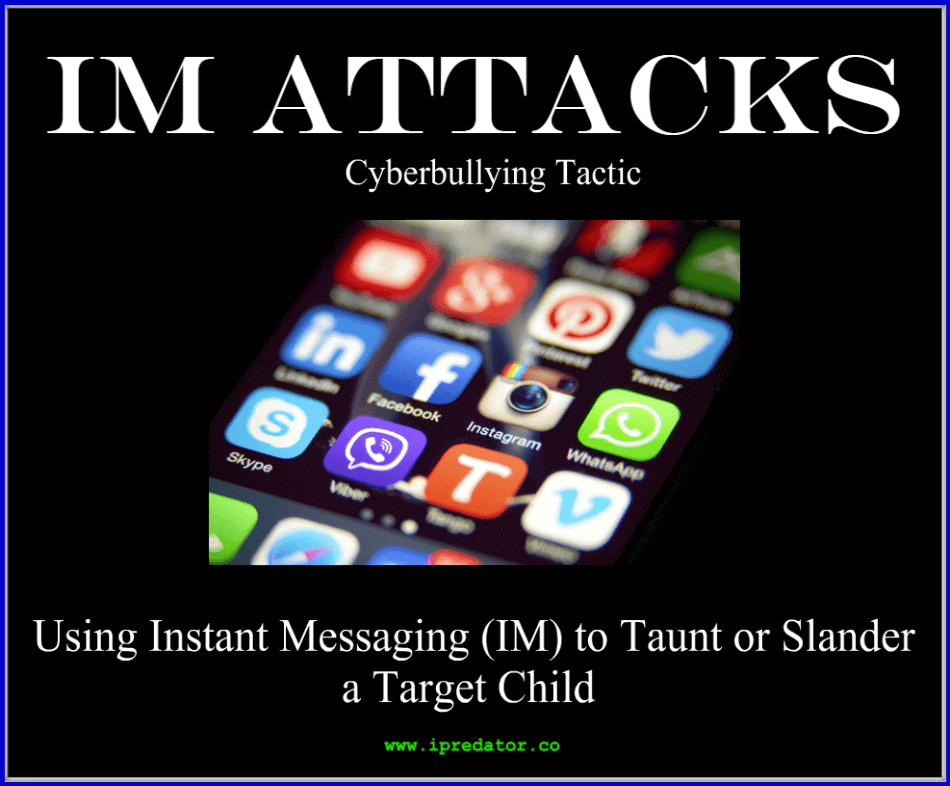 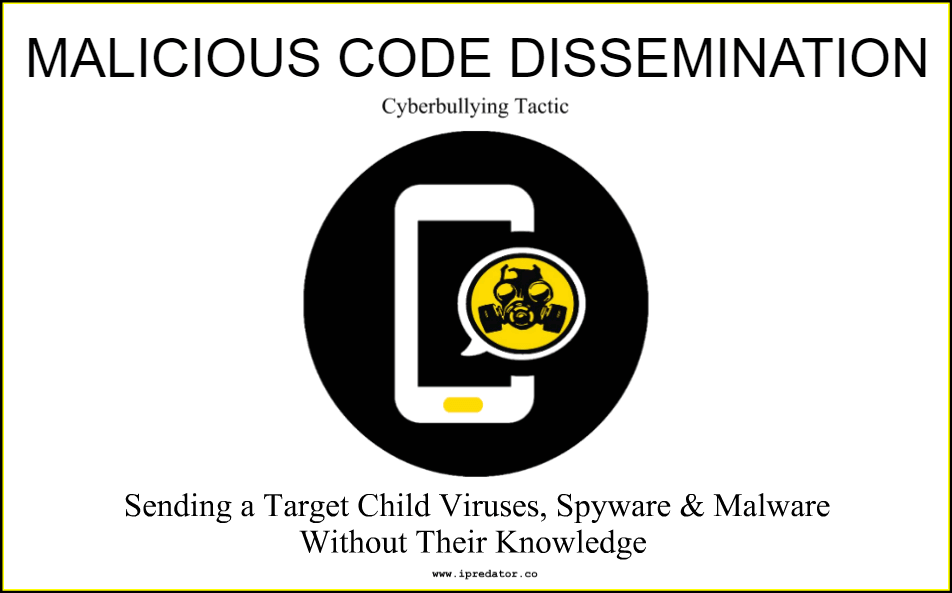 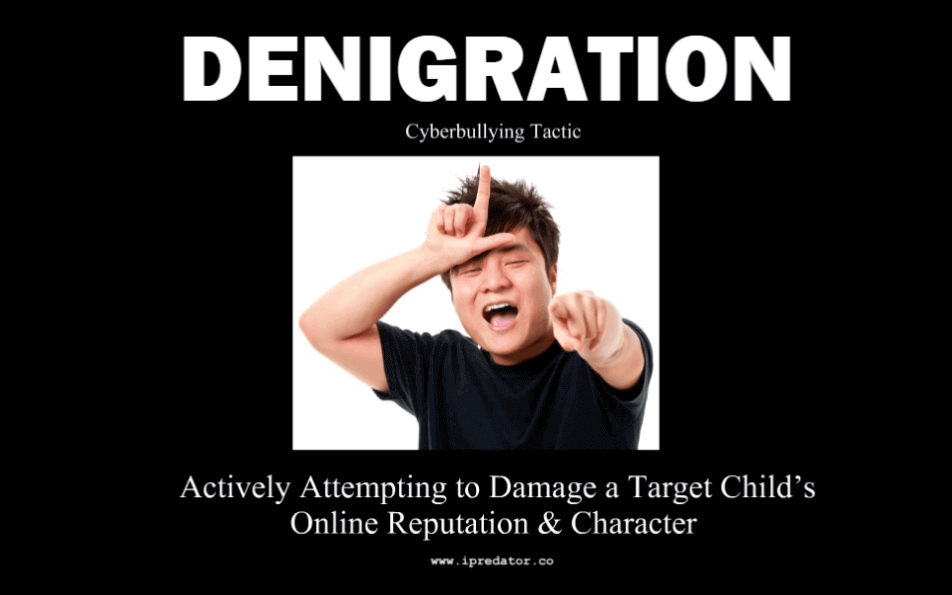 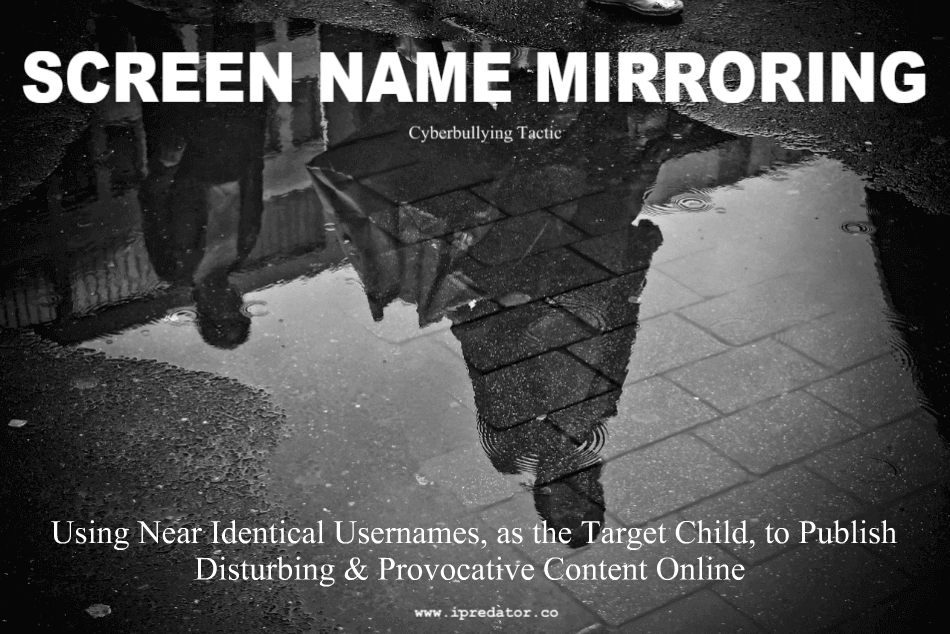 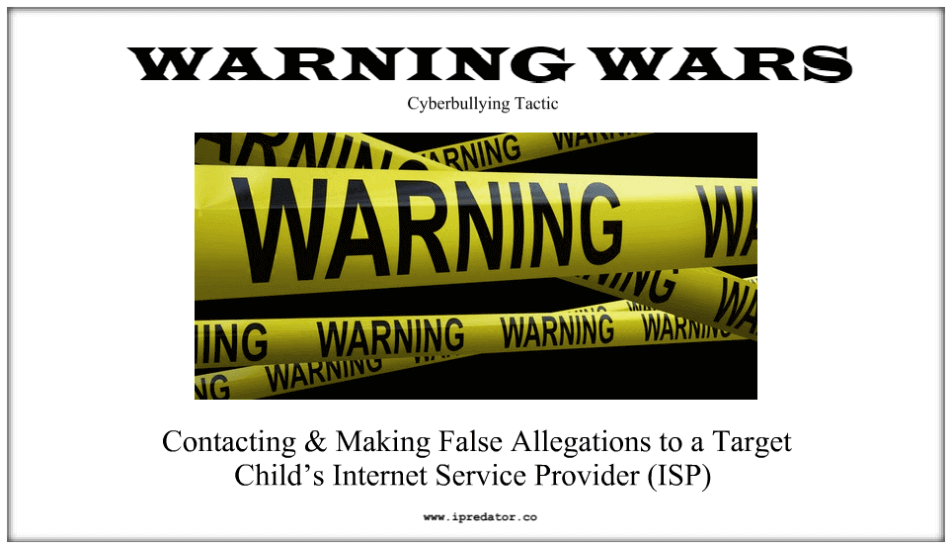 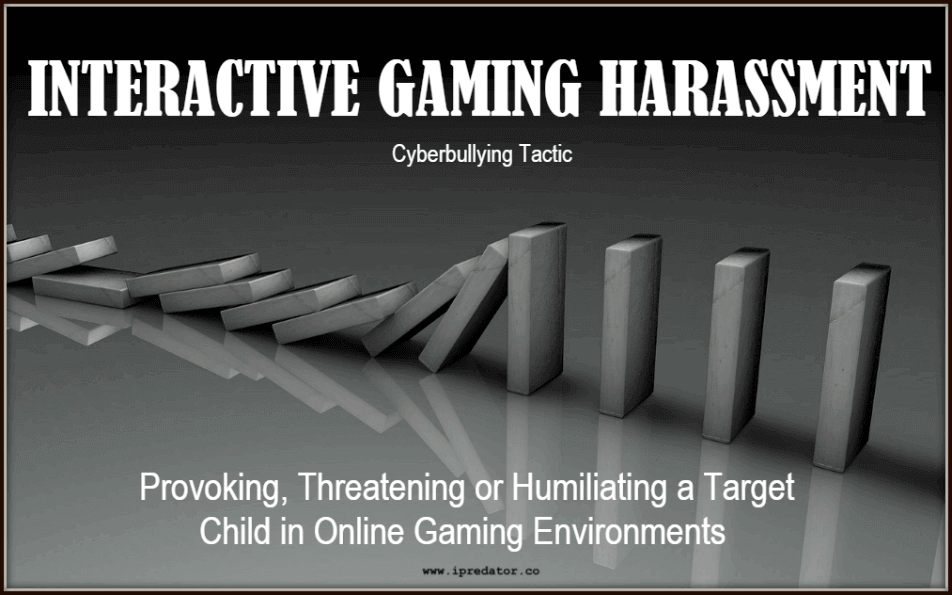 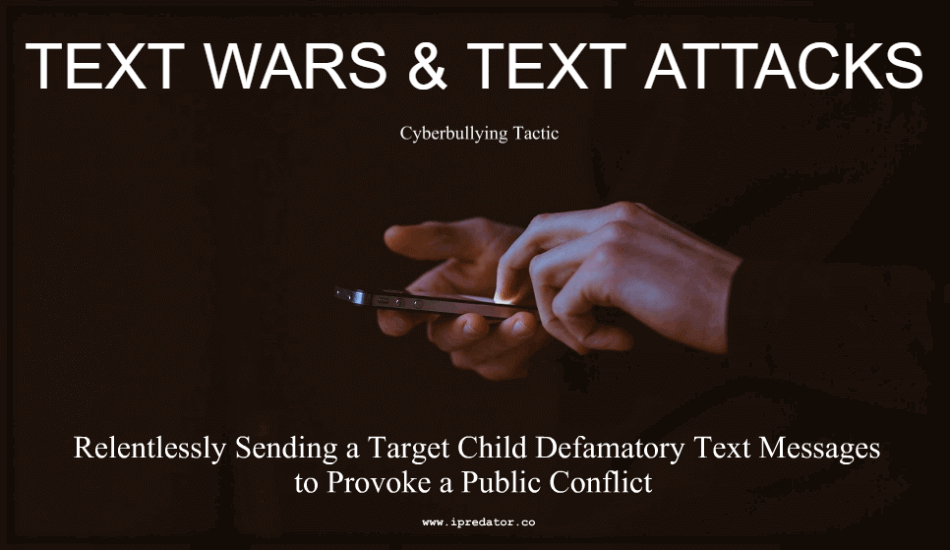 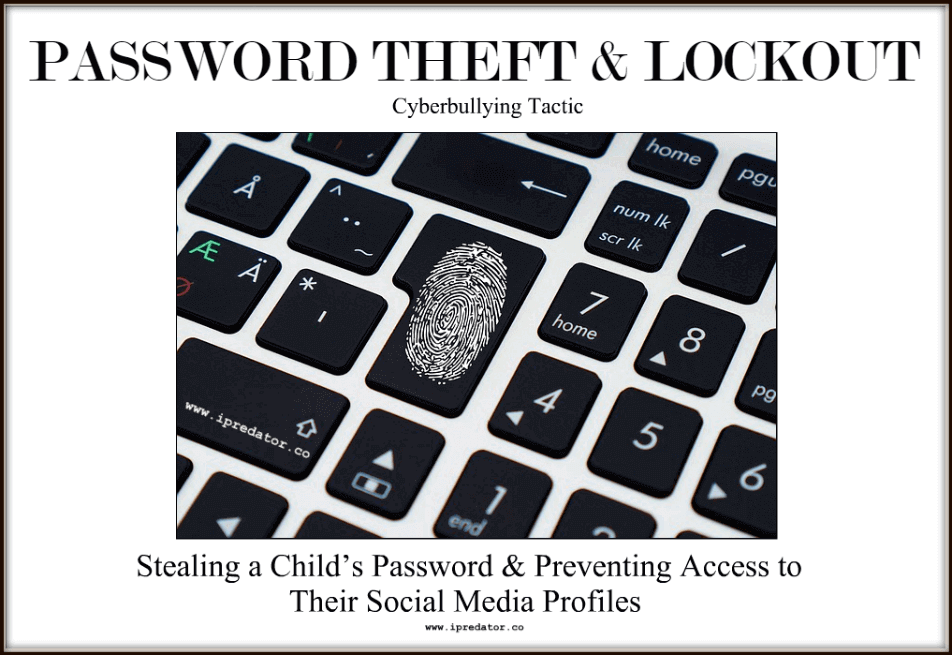 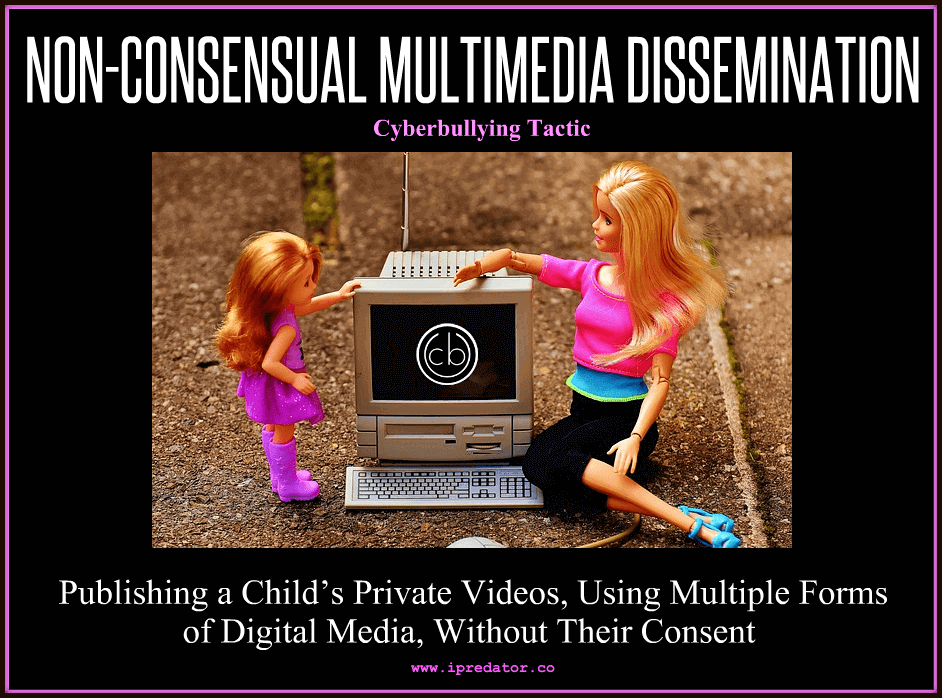 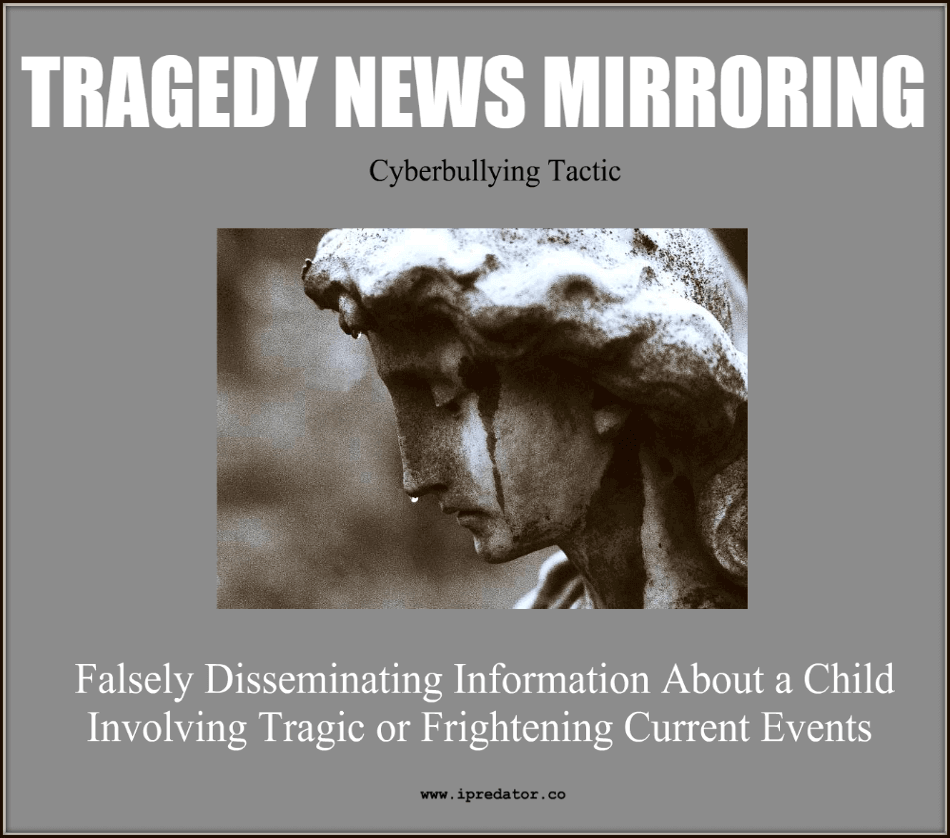 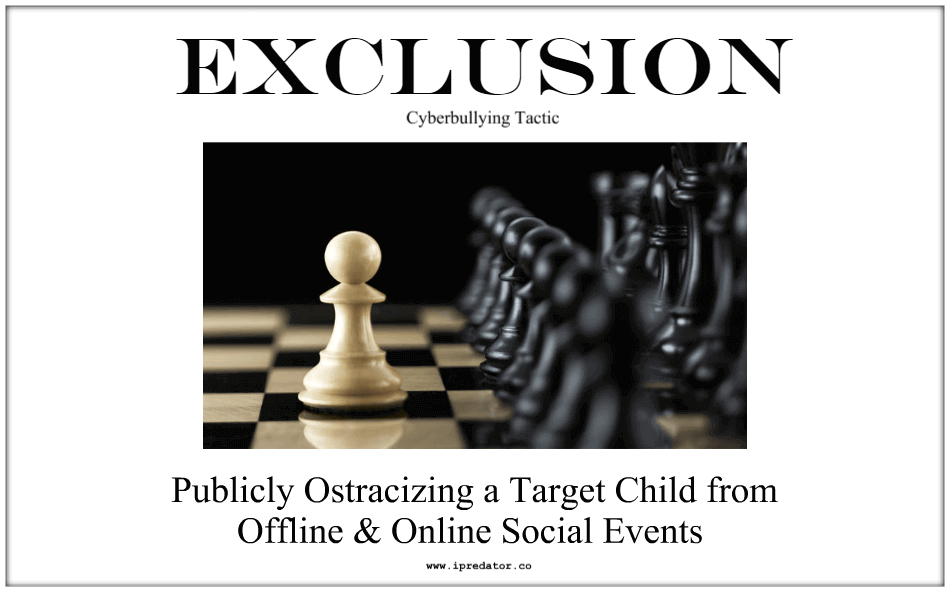 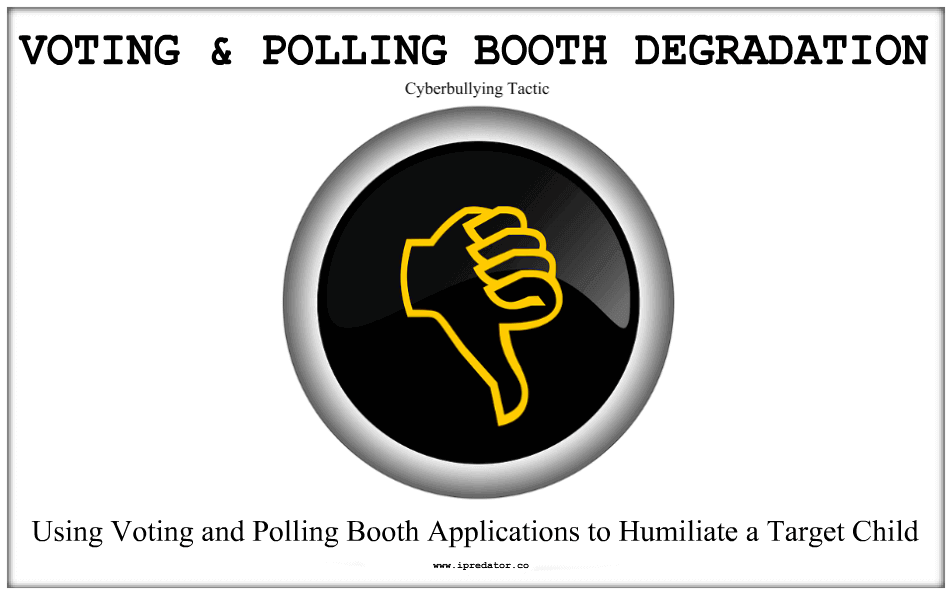 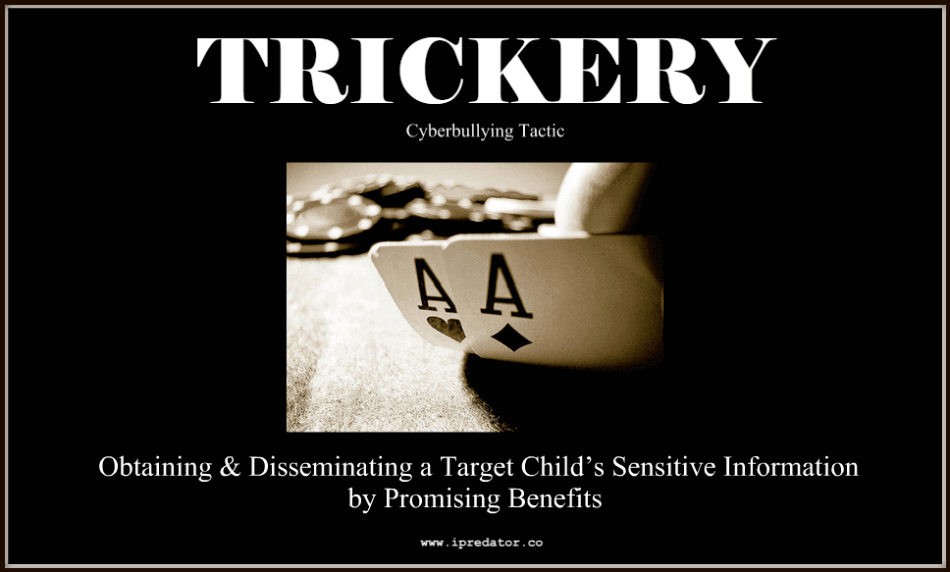 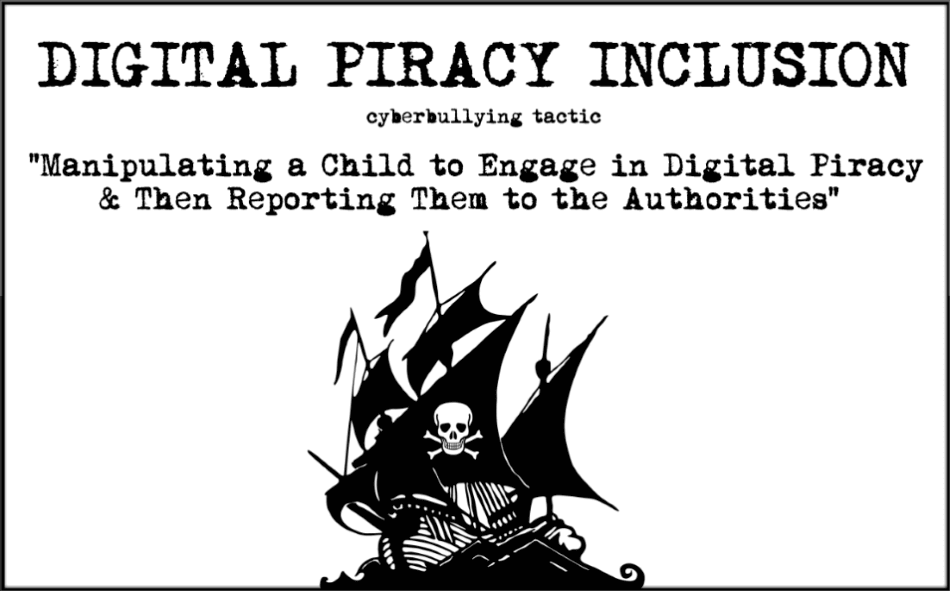 “Not to say that pre-Information Age bullied children were not traumatized, but cyberbullied children are relentlessly tormented 24 hours a day, 7 days a week and 365 days a year.”  Michael Nuccitelli, Psy.D. (2014)

iPredators can be any age or gender and are not bound by economic status, race, religion or national heritage. iPredator is a global term used to distinguish anyone who engages in criminal, coercive, deviant or abusive behaviors using ICT. Central to the construct is the premise that Information Age criminals, deviants and the violently disturbed are psychopathological classifications new to humanity.

Whether the offender is a cyberbully, cyberstalker, cyber harasser, internet troll, cybercriminal, online sexual predator, cyber terrorist, online child pornography consumer or engaged in internet defamation or nefarious cyber deception, they fall within the scope of iPredator. The three criteria used to define an iPredator include:

Unlike human predators prior to the Information Age, iPredators rely on the multitude of benefits offered by Information and Communications Technology [ICT]. These assistances include exchange of information over long distances, rapidity of information exchanged and the seemingly infinite access to data available.

Malevolent in intent, iPredators rely on their capacity to deceive others using ICT in the abstract and artificial electronic universe known as cyberspace. Therefore, as the internet naturally offers all ICT users anonymity, if they decide, iPredators actively design online profiles and diversionary tactics to remain undetected and untraceable.

“The Information Age technocentric concept of being “connected” is a paradox of disconnection causing us to lose control of our instinctual drives for social cohesion, allegiance and selflessness. As our dependency upon Information and Communications Technology (ICT) grows, spreading throughout our collective human consciousness, the less we care for our neighbors and the more we delude ourselves into thinking that online connections are far more valuable than reality based relationships.” Michael Nuccitelli, Psy.D. (2014)