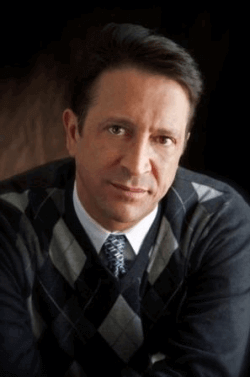 Over the last 35+ years, Michael Nuccitelli, Psy.D. has worked in the mental health field in a variety of capacities with various clinical populations. Concurrent with his employment in mental health, Dr. Nuccitelli was a practicing psychologist for 10 years and worked in the field of forensic psychology conducting evaluations and consultation to attorneys and court systems. Dr. Nuccitelli has extensive career and academic experiences. His areas of expertise include forensic & criminal psychology, digital forensic psychology, psychiatric & psychological disorders and developmental psychology. He is an avid follower of national & criminal news and enjoys educating the public by interacting with the media.

Michael Nuccitelli, Psy.D. became interested in the psychology and profiling of those who use Information and Communications Technology to abuse, steal, taunt and victimize others online in 2009. In 2012, Dr. Nuccitelli grew even more determined to develop victimization prevention & intervention strategies for vulnerable online users. Within his professional network, iPredator Inc. has contact with education, investigation, legal, law enforcement and information technology experts.

At the center of iPredator’s products, services and corporate mission is Dr. Nuccitelli’s theoretical concept, iPredator. Dr. Nuccitelli has dedicated himself to learning the psychological composition of those who are engaged in malevolent activities online. The definitions of Dark Psychology and iPredator are as follows:

“The repercussions of the unrestricted latitude of iPredators will be catastrophic for not only the individual, but for society, and potentially, the world over. Therefore, before it is too late, we must re-examine the phenomenon of “social networking” via technology.“  Michael Nuccitelli Psy.D. (2012)

Dark Psychology is the study of the human condition as it relates to the psychological nature of people to prey upon other people motivated by criminal and/or deviant drives that lack purpose and general assumptions of instinctual drives and social sciences theory. All of humanity has the potentiality to victimize humans and other living creatures. While many restrain or sublimate this tendency, some act upon these impulses.

Dark Psychology seeks to understand those thoughts, feelings, perceptions and subjective processing systems that lead to predatory behavior that is antithetical to contemporary understandings of human behavior. Dark Psychology assumes that criminal, deviant and abusive behaviors are purposive and have some rational, goal-oriented motivation 99% of the time. It is the remaining 1%, Dark Psychology parts from Adlerian theory and the Teleological Approach. Dark Psychology postulates there is a region within the human psyche that enables some people to commit atrocious acts without purpose. In this theory, it has been coined the Dark Singularity.

Dark Psychology posits that all humans have a reservoir of malevolent intent towards others ranging from minimally obtrusive and fleeting thoughts to pure psychopathic deviant behaviors without any cohesive rationality. This is called the Dark Continuum. Mitigating factors acting as accelerators and/or attractants to approaching the Dark Singularity, and where a person’s heinous actions fall on the Dark Continuum, is what Dark Psychology calls Dark Factor.

Dark Psychology encompasses all that makes us who we are in relationship to our dark side. All cultures, all faiths and all humanity have this proverbial cancer. From the moment we are born to the time of death, there is a side hidden within us that some have called evil and others have defined as criminal, deviant or psychopathic. Dark Psychology introduces a third philosophical construct that views these behaviors different from religious dogmas and contemporary social science theories.

Dark Psychology assumes there are people who commit these same acts and do so not for power, money, sex, retribution or any other known purpose. They commit horrid acts without a goal. Simplified, their ends do not justify their means. There are people who violate and injure others for the sake of doing so. Within in all of us is this potential. A potential to harm others without cause, explanation, or purpose is the area explored. Dark Psychology assumes this dark potential is incredibly complex and even more difficult to define. iPredator: A person, group or nation who, directly or indirectly, engages in exploitation, victimization, coercion, stalking, theft or disparagement of others using Information and Communications Technology [ICT]. iPredators are driven by deviant fantasies, desires for power and control, retribution, religious fanaticism, political reprisal, psychiatric illness, perceptual distortions, peer acceptance or personal and financial gain. iPredators can be any age or gender and are not bound by economic status, race, religion or national heritage. iPredator is a global term used to distinguish anyone who engages in criminal, coercive, deviant or abusive behaviors using ICT. Central to the construct is the premise that Information Age criminals, deviants and the violently disturbed are psychopathological classifications new to humanity.

Whether the offender is a cyberstalker, cyber harasser, cybercriminal, online sexual predator, internet troll, cyber terrorist, cyberbully, online child pornography consumer/distributor or engaged in internet defamation or nefarious online deception, they fall within the scope of iPredator. The three criteria used to define an iPredator include:

Unlike human predators prior to the Information Age, iPredators rely upon the multitude of benefits offered by Information and Communications Technology [ICT]. These assistances include exchange of information over long distances, rapidity of information exchanged and the infinite access to data available. Malevolent in intent, iPredators habitually deceive others using ICT in the abstract and artificial electronic universe known as cyberspace. Therefore, as the internet naturally offers all ICT users anonymity, if they decide, iPredators actively design online profiles and diversionary tactics to remain undetected and untraceable.

Cyberstealth, a sub-tenet of iPredator, is a covert method by which iPredators attempt to establish and sustain complete anonymity while they engage in ICT activities planning their next assault, investigating innovative surveillance technologies or researching the social profiles of their next target. Concurrent with the concept of Cyberstealth is iPredator Victim Intuition [IVI], an iPredator’s IVI is their aptitude to sense a target’s ODDOR [Offline Distress Dictates Online Response], online & offline vulnerabilities, psychological weaknesses, technological limitations, increasing their success of a cyber-attack with minimal ramifications.

“Malevolent in intent, iPredators rely on their capacity to deceive others using information technology in the abstract and artificial electronic universe known as cyberspace. Therefore, as the internet naturally offers all ICT users anonymity, if they decide, iPredators actively design online profiles and diversionary tactics to remain undetected and untraceable.” Michael Nuccitelli Psy.D. (2013)