(Every October in the USA)

Adult bullying, cyber harassment, internet trolling and workplace bullying are all synonymous terms used when adults are involved as either aggressor or target. Although this writer views bullying and cyberbullying applying to all ages, they will be presented as a pediatric phenomenon until consensus accepts them as being non-age related.

With the advent of the Information Age and Information and Communications Technology (ICT), cyberbullying has become the predominant issue facing all facets of society. So, to help educate citizens of the Information Age, provided below are 31 free bullying and cyber bullying images to download, share and edit. During the month of October and National Bullying Prevention Month, this writer has created 31 images for each day of the month.

To download and save, simply right-click on any image and then click “save as” to download to your computer or mobile device. Provided for the reader is this writer’s cyberbullying definition and relevant links are listed after the images. Square images are 600 x 600px and rectangle images are 1000 x 500px. These images were designed for awareness and educational purposes only. Editing these images to harm other online users is not permitted.

Cyber bullying is a term describing recurrent and sustained verbal and/or physical attacks by one or more children towards another child using Information and Communication Technology (ICT). Like classic bullying, cyberbullying is harmful, repeated and hostile behavior intended to deprecate another child for reasons other than self-defense.

Cyber bullying is an abuse centered interpersonal dynamic that includes aggressors, targets and bystanders. The main developmental issues fueling cyber bullying are peer acceptance, recognition and occasionally retribution. Not all cyberbullying is fueled by dark developmental needs or perceptual distortions. There are instances when children cyberbully other children due to their ignorance or belief that they are joking. 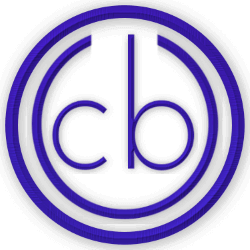 Michael Nuccitelli, Psy.D. is a NYS licensed psychologist, Cyberpsychology researcher and online safety educator. He completed his doctoral degree in clinical psychology from Adler University in 1994. In 2010, Dr. Nuccitelli published his dark side of cyberspace concept called “iPredator.” In November 2011, he established iPredator Inc., offering educational, investigative, and advisory services involving online assailants, cyber-attack targets, Dark Psychology, and internet safety. Dr. Nuccitelli has worked in the mental health field over the last thirty-plus years and he has volunteered his time helping cyber-attacked victims since 2010. His goal is to reduce online victimization, theft, and disparagement from iPredators.